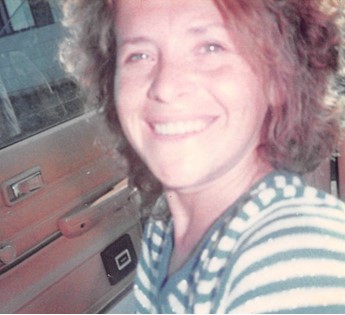 Guestbook 10
Peggy Jo Jevne, 61, of Riverton, died at her home on Thursday, April 13, 2017. Cremation has taken place and no services are planned.

Peggy Jo Layton was born in Riverton, WY on October 30, 1955 to Donald and Maggie (Hayen) Layton. She grew up in Riverton with her two sisters and three brothers. She graduated from Riverton High School.

She spent most of her life in Riverton except for five years that she lived in Idaho Springs, CO.

She married Steve Jevne and together they had two sons. They later divorced.

She worked as a bookkeeper in the medical field.

She loved to read, go camping, bowling, listening to records and spending time with her family and new grandchild. She knew everyone in town and was known to be very friendly, never meeting a stranger.

She is survived by sons, Cris Jevne of Riverton and Derek Jevne and his wife, Jade, of Rapid City, SD; grandchild, Evelyn Rose; mother, Maggie Layton, of Riverton; brother, George Latyon of Riverton; and sisters, Pam Norwood of Riverton and Kathy Layton of Bellingham, WA.

She was preceded in death by her father, Donald Layton and two brothers, Ted Layton and Bob Layton.