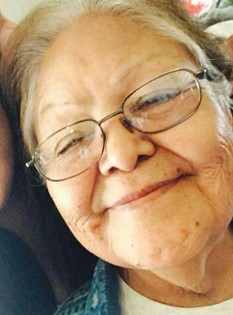 Mrs. Antelope worked as a maid at Cedar Pass Lodge, a cook at Northern Arapahoe Senior Citizen Center and also served as a Foster Parent taking in many kids over the years. Stella worked as a cook at the Arapahoe Ranch and managed the Showboat Restaurant. She was also a Tupperware Sales Lady.

Stella enjoyed making Star Quilts and moccasins. Much of her love was spent cooking, visiting with friends and spending time with her grandchildren and great grandchildren. She also enjoyed the outdoors fishing and attending Pow-wows.

Mrs. Antelope was a member of the Yellowcalf Memorial Club.

She was a member of the Episcopal Church.