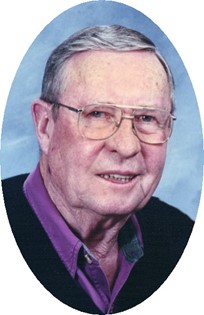 Emil Paul Jacobson was born on June 28, 1928 in Sheridan, WY to Emil Peter and Mary (O’Shea) Jacobson. He attended Holy Name School and Sheridan High School before moving to Denver where he graduated from Regis High School with the class of 1947. He moved to Norman Oklahoma in 1948 and in 1951 he enlisted in the U.S. Army and served during the Korean War. After he was honorably discharged in 1953, he moved to Riverton, WY.

On October 2, 1954, he married his wife of 62 years, Rosalie Wertz, in Riverton, WY. They chose to stay in Riverton raising their six children and making it their forever home.

He loved being with his family and taking road trips. The family never knew where his next adventure would take him. He loved to take drives even if they were just short ones around Fremont County. “He was congenial, kind, and overall nice man” his family and friends said.

He was preceded in death by his parents, Emil and Mary Jacobson; sister, Florence Jacobson; and brother, Donald Jacobson. The family request that in lieu of flowers donations may be made to Donor’s Choice in care of Davis Funeral Home, 2203 West Main Street, Riverton, WY 82501.