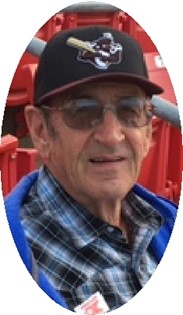 Guestbook 5
A Memorial Service for David Lee “Pete” Herbold, 71, will be held 10:00 a.m., Monday, May 22, 2017 at the Hillcrest Baptist Church with Pastor Mike Smith officiating. Cremation has taken place under the direction of Davis Funeral Home.

He was born on April 14, 1946 in Kingsley, Iowa, son of Louis Adolph and Caroline Hearther (Knaack) Herbold. Pete grew up in Correctionville, Iowa and graduated high school in Kingsley, Iowa. In his younger years, Pete was quite a good athlete, participating in basketball, baseball and golf.

On June 4, 1965, he married Dawn Irene DeLambert in Correctionville, Iowa. The couple moved to Riverton in 2014 from Waukomis, Oklahoma but spent the majority of their married life in Wamsutter, WY while Pete worked for Questar Gas Company as a Service Technician.

Pete enjoyed latch-hooking, hunting, golfing and spending time outdoors. He also loved his grand and great grandkids and his dogs, and traveling with Dawn. Pete was known for his great sense of humor and enjoyed teasing people. He and Dawn took great pleasure going on Mystery Trips through the Rawlins Nat’l Bank.

Mr. Herbold was a member of the Hillcrest Baptist Church.

Mr. Herbold was preceded in death by his parents and brother, Albert Herbold.

Memorials may be made to Rocky Mountain Oncology in care of Davis Funeral Home, 2203 West Main Street, Riverton, WY 82501.