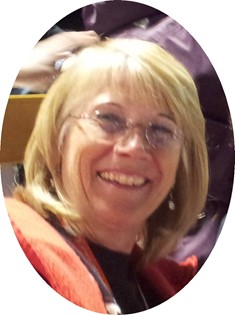 Guestbook 13
Dianna Nordeck, 66, of Riverton, died at her home on Wednesday, May 31, 2017. Cremation has taken place and a family service will be held at a later date.

Dianna Louise Sharp was born on December 7, 1950 in Muncie, IN. She grew up in Muncie and attended schools there, graduating from Muncie Burris High School. She went on to study Home Economics at Ball State University. She moved from the state of Washington to Riverton, WY in 1986.

On June 7, 1972 she married David Carattini in Muncie, IN. Two children were born of this union, Angela and Michael. They later divorced. On July 14, 2000 during the Riverton Rendezvous Days she married, Robert Nordeck in a hot air balloon over Riverton. From this union she gained two step-daughters and two step-sons.

She worked at Out Sportin’ and The Depot.

She enjoyed sewing, gardening, cooking, NASCAR, travel, and helping with Girl Scouts. She also loved to quilt and belonged to various sewing and quilting clubs around Riverton. She loved hot air ballooning, and sponsored the same balloon, Isle of View, from Castle Rock, CO every year from 1995 to 2015. She was passionate about her dogs and spending time with her family and friends.

She is survived by her husband, Robert Nordeck of Riverton; daughter, Angela Davis and husband, Jim of Flagstaff, AZ; son, Michael Carattini and wife, Chris of Chadron, NE; mother Toni Sharp of Muncie, IN; step-sons Ian Nordeck and wife, Kim of Denver, CO; Tom Brown of Longmont, CO; step-daughters, Kris Brown of Longmont, CO and Wendi Sheets and husband, Keith of Portland, OR.; sisters, Tammy Hallam and husband, Jack of Tucson, AZ and Debbie Huston of Muncie, IN; and grandchildren, Brianne Davis; Zachary, Paige, and Natalie Carattini; Madison and Jackson Brown; Lydia and Sadie Sheets; and Harper and Devin Nordeck.

She was preceded in death by her Father, John Sharp and Aunt Bessie Gray.