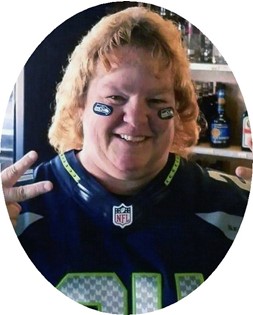 Guestbook 6
A family gathering to celebrate the life of Rondine Kay Knezovich, 48, will be held at a later date. She died at her home on June 4, 2017 surrounded by her family.

She graduated from Rock Springs High School and then received her nursing degree to become a registered nurse from the Western Wyoming Community College in Rock Springs.

Rondine most recently worked for Mel’s Water Service as a bookkeeper. The couple has spent the last 17 years calling Shoshoni their hometown but spent a lot of time traveling.

She enjoyed anything that involved spending time outdoors such as hunting, fishing, camping and shooting. She also loved to cook for anyone and was a very crafty lady.

Mrs. Knezovich served as a volunteer firefighter for the Shoshoni Fire Department and was a converted Seattle Seahawks fan.

She was preceded in death by her father and two brothers.