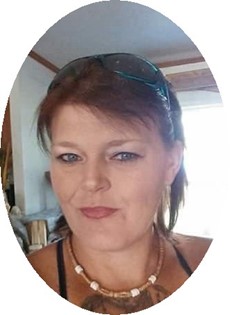 She was born April 17, 1979 to Dave and Valerie (Masters) Richardson in Rock Springs, Wyoming, where she lived most of her life. She attended school in Rock Springs receiving her GED in 1998 and then received a bachelor’s degree in bookkeeping.

One of her greatest joys was working with the public greeting them with respect, a big smile and those beautiful sparkling blue eyes. She loved spending time outdoors with nature camping and fishing. Music was her passion including dancing, singing with the radio or during karaoke. She worked on vehicles including mud trucks and was able to drive them. She loved life, family and friends, dragonflies, and the 49ers. She also enjoyed her tattoos, wolves, Eeyore, and crystals.

She leaves behind her parents, Dave and Val of Riverton; her beloved Boston Terriers, Taco and Violet; several aunts, uncles, cousins, and those special people who knew her.

She was preceded in death by grandparents, Harry and Dorothy Masters, Roy and DeEtta Richardson and cousin, Dell Lee Rasmusson.

Cremation has taken place and a memorial service will be held at a later date. On-line condolences for the family may be made at theDavisFuneralHome.com. Services are under the direction of the Davis Funeral Home.