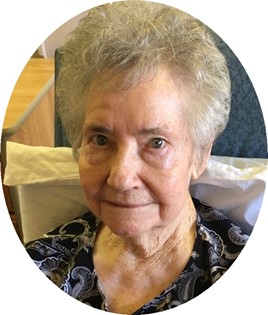 Guestbook 4
Phyllis Randall, 91 of Riverton died on Thursday, July 13, 2017, at the Help for Health Hospice Home. Per her wishes cremation has taken place. A Celebration of Life will be held at a later date.

Phyllis Irene Buttle was born on October 29, 1925 in Big Springs, NE to John Raymond and Bertha Pauline (Zalman) Buttle. She grew up and attended schools in Nebraska.

She was of the Episcopal faith. Phyllis was also a member of the Riverton Garden Club, enjoyed gardening, reading, cooking, and spending time with her grandchildren and great grandchildren.

She married Floyd Eugene Randall on December 6, 1941 in Sidney, NE. They were married for 39 years before Floyd passed in 1980. They raised their family which consisted of ten children in Nebraska, Colorado before moving to Wyoming in 1971. Their four youngest graduated from Riverton High School.

She and Floyd were High School Rodeo sponsors during the time their children, Jeff and Brian were attending Riverton High School.

She was preceded in death by her husband, Floyd Randall; parents; four brothers; and seven sisters.

Memorials may be made to Help for Health in care of Davis Funeral Home, 2203 West Main Street, Riverton, WY 82501.