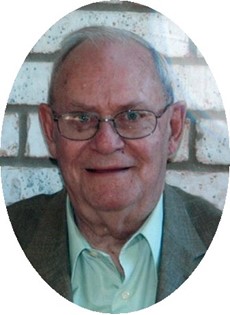 Dennis Warner Gilpatrick, was called home by our Lord at St Anthony’s Hospital in Westminster, CO, surrounded by his loving family on July 10th, 2017. He was 79 years old.

Dennis was born on December 26, 1937 in Lander, WY to Myrtle and Mark Gilpatrick. Dennis attended Riverton High School and then went on to continue his education at Utah State University. He married Sharon Kay Jiranek, a 4th, 5th and 6th grade music teacher for all of Riverton’s elementary schools in 1961. The pair put down roots in Riverton WY, where Dennis worked for the Family business, Gilpatrick Construction. He ventured onto his own with the creation of Data Systems Corporation which would foster such revolutions as designing the first medical superbill billing form. With the success of the construction company and DSC, he and his brother Dick, would partner up and invest in many ventures including car dealerships, bowling lanes, land, farming and cattle.

He was also an accomplished musician, and from the piano grew a love for the pipe organ. He was an organist for a number of churches, including the United Methodist Church in Riverton, Wyoming and for the LDS Church in Logan, Utah while he attended the University. He also had a radio show during his college time in Logan.

He was a dedicated Shriner and Mason. This would explain his willingness to help anyone in need. Dennis made friends everywhere he went and found wonderment in the small things that most people overlook. He especially loved the evolution of computer technology, kites, snowmobiling with family and friends and ice cream. And this love endeared him to his grand kids. His face would light up at the sight of his children and grand kids and “Grand Dads” lap was always the place to be.

He was a fierce family man and would constantly inquire about everyone’s business and wait for a call that his family or friends were safe at home after a trip.

Dennis loved Wyoming and although he lived in Colorado for almost 30 years he often spoke of the beauty of his home, the Tetons and the Gros Ventre mountain range. To him it was “God’s Country”. He and Sharon were planning on moving back this fall.

Dennis passed away peacefully surrounded by his family at his bedside while a harp played softly in the background. He will be remembered as a dedicated family man, entrepreneur, an engaging performer, and a leading figure in the community.

A memorial service is scheduled for Saturday at 10:00 am at the Riverton United Methodist Church, internment at Mountain View Cemetery with a luncheon to follow back at the Methodist church. The Reverend Deb Olenyik will officiate the ceremony. All are welcome to attend and celebrate Dennis’ life. Flowers and condolences can be sent to 1116 W Park Avenue, Riverton, WY 82501.

Memorial donations may be made in his name to the Alzheimer’s Association at alz.org.