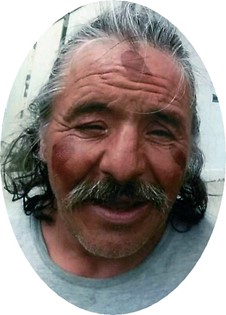 Clowry Clyde Means was born to Bruce R. Means and Bernadine H. Bell on November 17, 1966 in Riverton, WY. He was raised by Joe and Myrtle Oldman in his childhood days. Clowry spent his entire life on the Wind River Reservation.

He worked as a cowboy at the Arapaho Ranch in Thermopolis, WY, as a Sho-Rap firefighter, and also as a laborer and ranch hand.

He enjoyed working with horses and livestock. His cowboy skills were often sought after by Miller’s Ranch in the Arapahoe area.

Clowry was an easy going person who never had a bad word about anyone. He was a person who could be counted on to help anyone who asked for his help.