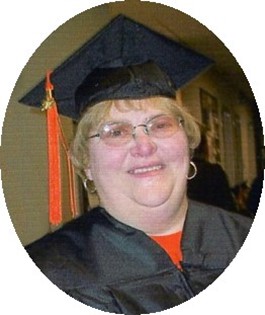 She was of the Christian faith.

Kim was most proud to have recently graduated from Central Wyoming College with her Associates degree in nursing. She had worked at Homestead Assisted Living in Riverton.

Her hobbies included cross stitching, scrapbooking and was proud of completing a large leather tool work of the Last Supper that won Grand Champion at the Colorado State Fair.

She is preceded in death by her parents, John and Bette Kitchen.

Memorials may be made to ALS Association fighting Lou Gehrig’s disease in care of the Davis Funeral Home, 2203 W. Main Street, Riverton, WY 82501.