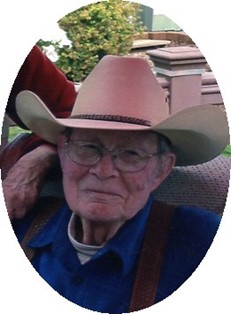 Donald Ray Wortham was born on May 25, 1931 in Worland, WY to Albert Hugh and Goldie (McGarvin) Wortham. He grew up in Worland on the family dairy farm with his two brothers. He graduated from Worland High School with the class of 1949.

Shortly after graduation he entered the Wyoming Army National Guard and was sent to the Korean War. He served on the front lines in Korea with the 300th Field Artillery. He was honorably discharged at Fort Carson, CO. He then returned to Wyoming.

When he came back to Worland he became engaged to the love of his life, Julia Laird. They had to wait until Julia graduated high school but one week after graduation they were married in Worland, WY on June 7, 1953.

They then moved to Billings, MT where Don attended Eastern Montana College of Education earning his associates degree in 1954. Then it was off to the University of Wyoming where he earned his Bachelor’s Degree in Business in 1956.

Don work as a roustabout early in his career and after he earned his degree he worked for Amoco Production as an accountant, retiring from there.

Don and Julia lived in Tulsa, OK before moving to Riverton, WY where they made their forever home and raised their five children. Don was involved in the community with FFA, cheered the high school football and basketball teams, coached baseball, trained horses, participated in wagon trains, was a member of the Back Country Horseman, and the local V.F.W. He had a lifelong interest in country western music with fiddles. He loved to dance the Polka, Fox Trot, and Square Dance, and he played the guitar and harmonica.

He supported the V.F.W. activities, especially putting the flags out along Main Street, the Riverton B.P.O.E., and trail improvements with the Back Country Horseman.

Don was of the Presbyterian faith and was active in the Riverton Presbyterian Church. He was an Elder, Session, and was on the Administrative Properties Committee. Don is survived by his wife of 64 years, Julia Wortham; sons, Rex Wortham and wife, Lori of Kimberly, ID, Ross Wortham and wife, Billie of Riverton, WY, Roy Wortham and wife, Carol of Windsor, CO; daughters, Shauna Mitchel and husband, Brent of Anderson, Alaska and Shelley Botts and husband, Tom of Jackson, WY; brother, Ralph “Skip” Wortham; sister-in-law, Ronae Wortham of CO; brother-in-law, Loren Laird and wife, Elaine of Worland, WY; 18 grandchildren and 29 great grandchildren.

Memorials may be made to the University of Wyoming and the Veteran’s Administration in care of Davis Funeral Home, 2203 West Main Street, Riverton, WY 82501.