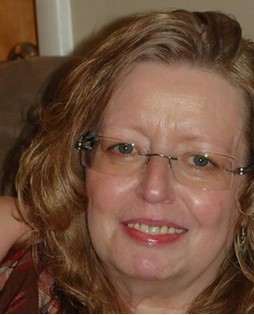 Guestbook 4
Michelle Christensen, 49, of Dubois, passed away on Thursday, August 24, 2017, at her home. A graveside service is scheduled for 11:00 am on Saturday, September 9, 2017, at the Dubois Cemetery. The Rev. Sam Christensen, Emeritus will officiate.

Bonnie Michelle Sibbett was born on February 17, 1968 in Idaho Falls, ID to Lyman and Beth (Clark) Sibbett. Michelle was the second of nine children, growing up in Cowley, WY and graduating with the class of 1986 from Lovell High School. She was of the Christian faith.

They lived for two years in Phoenix, AZ, three years in Carson City, NV, and then Gardnerville, NV. They moved to Dubois in 2002 to make it their forever home.

Michelle had a great work ethic and worked as store clerk in the stockroom for the manufacturing company, Bently Nevada Corporation in Minden, NV which was later bought out by GE Power Systems. When she moved to Dubois she worked 12 years for The Stagecoach Motor Inn before her illness forced her to leave.

She was preceded in death by her grandparents, Clyde and Elnora Sibbett and Walter and Rhea Clark.

Memorials may be made to Friends of Hospice, UWRV Ambulance Assoc., or Warm Valley Lodge in care of Davis Funeral Home, 2203 West Main Street, Riverton, WY 82501.