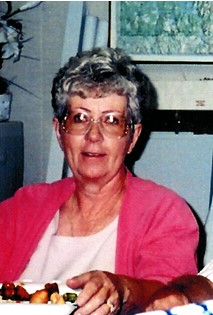 Guestbook 3
Rebecca “Becky” Koppenhafer, 76, of Shoshoni, passed away unexpectedly on Sunday, September 3, 2017. There will be no services held.

Rebecca Bell Glover was born on May 24, 1942 in Greeley, CO Lloyd Riley and Erma Lue (Norfleet) Glover, She grew up in Greeley attending a country school south of Greely called “4 Corners”.

She was a member of the Riverton Christian Church.

She was a homemaker raising three sons and teaching herself how to sew, crochet, quilting, and gardening were just a few of her many talents. All of these became her hobbies and passions and she was always learning new things.

Becky was known for being a wonderful giving person, was friendly toward everyone and never met a stranger. She will sorely be missed by many but happily resides now with our savior in heaven. We will joyfully join her later.

She is survived by husband of 21 years, Dennis Koppenhafer; sons, Donald Drewer and Darrell Drewer; and grandson, Jacob Weiss.

She was preceded in death by her parents and one son, Douglas Drewer.

Memorials may be made to Disabled American Veterans or The Wounded Warrior Project in care of Davis Funeral Home, 2203 West Main Street, Riverton, WY 82501.