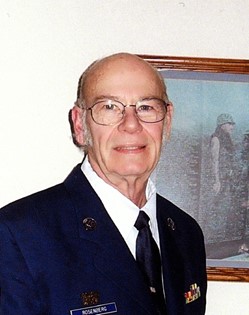 On July 8, 1972 he married his wife of 45 years, Mary C. Wingert in Trenton, NJ. Two years later they move Wyoming and made it their forever home. They had two daughters, Christiana and Theresa.

When the family moved to Wyoming, Mel worked as an electrician for Western Nuclear in Jeffrey City, WY and Federal American Partners until 1981. In 1982 he went to work for Eaton Printer Products and worked through all their changes until 2007. He then became a computer technician at Riverton School District 25 retiring in 2013.

He enjoyed fishing, hunting, spending time at the family cabin near Dull Knife Reservoir in the Big Horns, and walking his dog. He loved to follow his grandchildren in all of their school events and sports activities.

Memorials may be made to DAV or Help for Health Hospice in care of Davis Funeral Home, 2203 West Main Street, Riverton, WY 82501.

On-line condolences may be made to the family at www.TheDavisFuneralHome.com Services are under the direction of Davis Funeral Home.