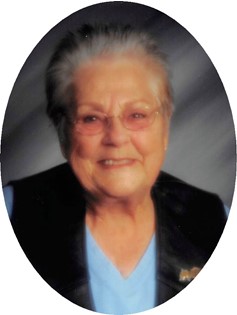 Guestbook 4
Iris Johnson, 88, formally of Riverton passed away on Wednesday, September 20, 2017, at her daughter’s home in Cheyenne. A memorial service will be held at 10:00 am on Saturday, September 30, 2017, at Davis Funeral Home in Riverton. Inurnment will follow at Mountain View Cemetery.

Iris June Wolverton was born on February 26, 1929 in Minneapolis, MN to Duane E. and Rosella M. (Schumann) Wolverton. She grew up and attended schools in the Anoka area and graduated with the class of 1948 from Anoka High School.

On October 13, 1950, she married Samuel C. Johnson in Hennepin County, MN. They four daughters and one son. She and Samuel were married for 45 years before his passing in 1995.

Iris worked in the accounts payable division of many different banks her entire working career.

She enjoyed ceramics and had been a member of the Riverton Hoedowners Square Dancing Club.

Memorials may be made to the Donor’s choice in care of Davis Funeral Home, 2203 West Main Street, Riverton, WY 82501.