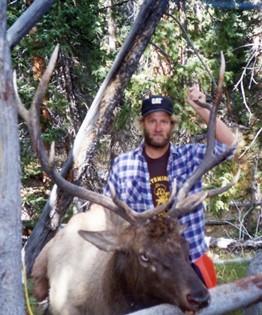 Guestbook 6
A Memorial service for Scott Edward Meyers, 55, will be held at 10:00 a.m., Friday, October 13, 2017 at Davis Funeral Home with Pastor Dale Adams of the Lighthouse Bible Church officiating. Inurnment of cremated remains will follow at Mountain View Cemetery. Cremation has taken place.

Memorials to the Meyers’ Family Memorial Fund would be appreciated in care of Davis Funeral Home, 2203 West Main, Riverton, WY 82501.

Scott’s career consisted of many skillful achievements in the oil and gas industry.

He enjoyed riding motorcycles, camping, spending time with friends and family and had a passion for automobiles. He also spent time listening to music and watching football. His grandchildren held a special place in his heart.