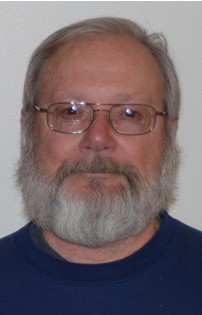 Memorial services for Carl Ronald “Ron” Johnson, 77, will be held at 1:00 p.m., Saturday, Nov. 4th, at the Mountain Grace Church in Dubois, Wyoming with Pastor Duane Dewald officiating. Interment of cremated remains will follow at the Dubois Cemetery with military honors.

Mr. Johnson honorably served in the United States Navy from 1961 until 1964.

On March 3, 1967, Ron married Barbara (Shafer) Williamson at the Lake Park Baptist Church in Lake Park, FL. He and his wife have spent the last 43 ½ years living in Dubois next to the Wind River.

Mr. Johnson worked in research and design in the aerospace industry and in underwater modern research. He also served as a Pastor and an Author. He was also very active in the High Country Senior Center in Dubois.

As a young boy, Ron, grew up and was baptized in the Southern Baptist Church and attended it for many years. Over the years he also attended the Assembly of God and Community Churches.

Ron was a man with many gifts, talents and varied interests. He spent many hours each day with his Lord, in Bible study, religious writing, and praying for others. Other interests he enjoyed over the years were walking and hiking, gardening, hunting and fishing, oil and watercolor painting, firewood cutting, watching football, and enjoying his friends at the High Country Senior Center and Church. He was also an avid trapper, checking his mouse traps daily in season. His wife, Barbara, will continue the tradition. Survivors include his wife, Barbara S. Johnson of Dubois, WY; son, Ben Johnson and his wife Michelle, along with their children, Nathan Johnson and Lauren Johnson of Canal Winchester, Ohio; brother, Tom Johnson and his family of Melrose, FL; sisters, Jean Ricks and her family of Anniston, Alabama and Mary McFall and her family of Athens, GA.

Mr. Johnson was preceded in death by his parents.

Memorial contributions to the High Country Senior Center of Dubois in care of Davis Funeral Home, 2203 West Main, Riverton, WY 82501 will be appreciated.

On-line condolences may be made to the family at www.TheDavisFuneralHome.com. Services are under the direction of Davis Funeral Home.