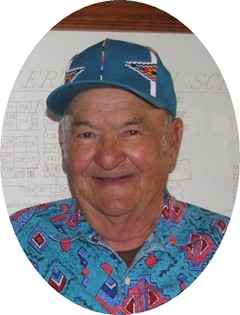 Leo Wesley Hanway was born on March 2, 1936 in Arapahoe, WY to William Jacob and Susie Edith (Miller) Hanway. He attended local schools until the age of 12 when he went to Haskell Boarding School in Lawrence, KS where he graduated with his high school diploma. After graduation he enlisted in the U.S. Marine Corp and served during the Korean War.

He was honorably discharged from the service on April 28, 1958 as a PFC. He returned to the Wind River Reservation where he made his forever home.

On July 17, 1965 he married Azalea Mae Waterman. Together they had three sons, Leo, Bridger, and Roberto. They also took; Robin, Billye Ann, William, Sam, and Clarence as their own. Azalea passed away on October 16, 1986.

He enjoyed rock hunting, fishing, hunting, old country western music, going to the casino, P.B.R. and the Indian Relay Races. He loved spending time with his family and especially hanging out with his grandkids.

He was preceded in death by his parents, William and Susie Hanway; wife, Azalea Hanway; and sisters, Mary Truesdell and Florence Burgess. As well as his Grandparents, numerous aunts, uncles, and cousins. On-line condolences may be made to the family at www.TheDavisFuneralHome.com.