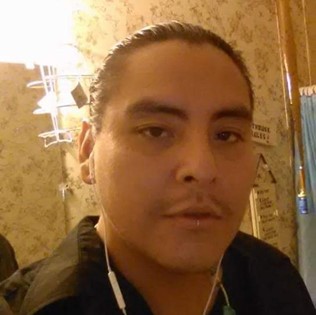 Arlo Ray Means was born on October 26, 1986 in Riverton, WY to John Kenneth and Valerie (Dewey) Means. He grew up in Parsons, KS and graduated high school from there in 2005. He lived in Kansa until three years ago when he moved to Riverton, WY.

He was of the Baptist faith.

He worked at Sonic in Kansas for approximately six years before going to Tulsa, OK to work at the Fat Daddies Restaurant. While in Tulsa he earned his Culinary Degree. He moved back to Wichita, KS to work at Spangles Restaurant for two years before moving to Wyoming.

Arlo enjoyed drawing, sketching, fishing, frolfing (Frisbee golf), he was a certified welder and used his talent welding old antique cars, he had planned on becoming a tattoo artist, and he was a very talented musician, playing the piano, guitar, and drums. He was a screamer in the Avatar Band in Parsons, KS.

He is survived by his mother, Valerie Dewey; step-father, Kale Wilson; brother Roman Dewey and his wife, Jamie; and sister, Alyda Means.

He was preceded in death by his father, John Means.