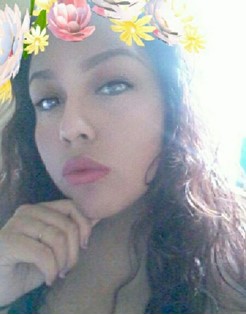 Erin Christine Louise Lujan was born on November 8, 2001 in Riverton, WY to Aaron Condeladdeo Lujan and Christine Rose Posey. She was raised in Riverton and attended Riverton High School. She was a hard worker in school and told family that she wanted to be a Marine Biologist.

She was baptized into the Christian Faith and believed in prayer. She followed the Native American ways of life.

She was involved in the Native American Indian Club at the high school. She was preparing herself to go out for the school basketball team.

She loved spending time with family, music, cats, joking with the family, and making them laugh. Her number “1” thing was food and she always told everyone “Don’t nobody touch my food”. She also took care of her father who is wheelchair bound and loved doing it.