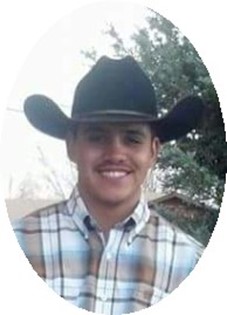 Coulston Skyler Spoonhunter was born on September 30, 1993 in Riverton, WY to Deanna May Warren and Lyle Spoonhunter. Coulston was raised by his mom and dad, Deanna and Thomas Alan Williams. He lived in Riverton all of his life. He graduated from the Wyoming Cowboy Challenge in Gurnsey, WY where his favorite teacher was Mark Knickerbocker. He was baptized into the Catholic Faith.

He started working in the oilfield at a young age. He was a honest, loyal, and a dedicated hard worker.

Coulston was a loving father, brother, son, uncle, friend, family man. He thought the world of his daughter, Skyla, grandma Eleanor, significant other, Hailee Lynch, mother and father, Tom and Deanna, He was an inspiration and loving role model to his brothers and cousins. He had strong traits of being adventurous, loving, kind, honest, and smiled at everyone. He preserved at any task that was given to him with love, kindness, and generosity. He was an avid hunter and fisherman, and would lend a hand to anyone needing help. Coulston will be dearly missed by his family and friends.