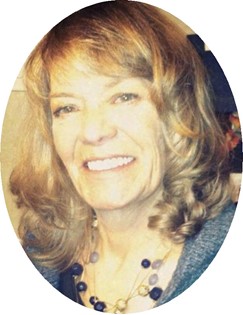 Guestbook 8
Vicki Weaver, 61, of Shoshoni passed away on Wednesday, November 29, 2017, at Sage West Riverton Hospital surrounded by the love of her daughters and grandchildren. A memorial service will be held at 10:00 a.m. on Saturday, December 16, 2017, at the Shoshoni Presbyterian Church. Inurnment will follow at the Lakeview Cemetery. A carry-in reception will follow at the Shoshoni Senior Center.

Vicki Thomas was born on September 5, 1956 in Riverton, WY to Lawrence Eugene and Jane (McKinney) Thomas. She grew up in Shoshoni with her brother and attended Shoshoni schools. She graduated with the class of 1974 and went to Bauder Fashion College in Arlington, TX where she earned her B.A, in Fashion Merchandising. She lived the majority of her life in Shoshoni, WY.

On June 3, 1979 she married Richard Clarence Weaver at the Shoshoni Presbyterian Church. They made their home in Shoshoni raising two daughters.

She worked at the Shoshoni Garage, the Powder River Bus Depot and was a homemaker. One of the highlights of working was selling actor Robert Redford a bus ticket in small town Shoshoni, Wy.

She was a multi-talented seamstress, artist and master gardener. She enjoyed puzzles, reading, cross words, playing cards, and trivia- especially Jeopardy. Above all she loved her family and was very involved in the lives of her six grandchildren.

She was a member of the VFW Ladies Auxiliary in Shoshoni.

She was preceded in death by her parents, Lawrence Thomas, Jane Adamson; and step-father, John Adamson.

Memorials may be made to the Shoshoni Presbyterian Church in care of Davis Funeral Home, 2203 West Main Street, Riverton, WY 82501.

On-line condolences may be made to the family at www.TheDavisFuneralHome.com .