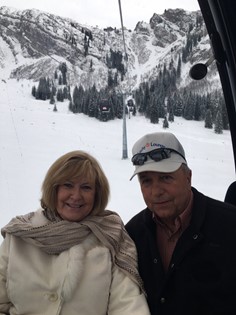 Guestbook 11
Guy Faris, 66, of Pavillion, WY died Wednesday, November 29, 2017 at Sage West Hospital in Lander, WY. According to his wishes cremation has taken place and there will be no services. Those wishing to make memorial contributions, may do so to your choice in care of the Davis Funeral Home, 2203 W. Main Street, Riverton, WY 82501.

Guy began his education in a one room school house at the Blanchard School near Bufford, Wyoming.

He worked at a power plant in Wheatland for around 20 years but was a rancher for the majority of his life. Guy lived in Wheatland, Rock River and Chugwater, and has spent the past 5 years in Pavillion.

Guy spent his entire life around horses and earned the state championship bronc riding and was 3rd in the World Senior Pro a couple of different times. He also enjoyed pack trips, fishing, loved camping, singing and playing his guitar. He and Janet recently took the trip of a lifetime to the Swiss Alps. Guy was known to be a very giving person, supporting many different charities, especially children’s charities, and always had a helping hand ready for those in need. He was a devout Christian man and admired Billy Graham.

He was preceded in death by his parents, his sister, Iris Faris and his father-in-law, Darrell Winfield.