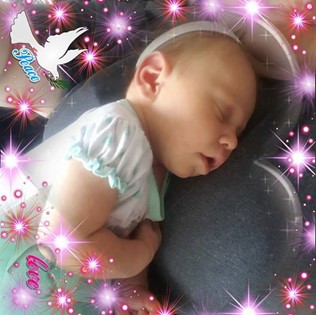 Guestbook 1
Raelyn Vertolli, 5 months, passed away at her home on Sunday, December 3, 2017. Services will be held at a later date.

Raelyn Megan Vertolli was born on July 26, 2017 in Rawlins, WY to Andrew Edward and Andrea Dawn Vertolli. The family had just recently moved to Riverton.

Her family said she was a happy baby always smiling and loved being around her big sister, Natalie. She was scooting around and laughing, which sound like a “little sqeek”.

She was preceded in death by her great grandparents, Herbert Schrader, Delmar Neill, and Shirley Sailors.