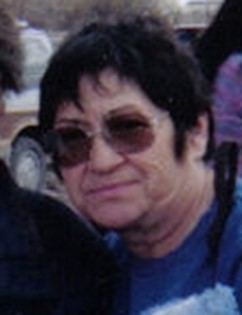 Guestbook 0
Florence Burgess, 69, formerly of Arapahoe, died at her home in Reno, Nev., on Wednesday, May 2, 2007, from complications of health problems.

A memorial service will be held at 10 a.m. on Saturday, May 12, at the Davis Funeral Home in Riverton. Pastor Cleveland McSwain of the United Methodist Church will officiate.

Burial to follow at the Arapaho Catholic Cemetery at St. Stephen's. According to her wishes, she will be buried near others of her immediate family who predeceased her.

Ms. Burgess was born at Fort Washakie and lived most of her life at Arapaho. She also lived in Phoenix, Ariz., and had spent the last 11 years with her family in Reno.

Her family said her life had been filled with joy despite a bad heart and constant health problems.