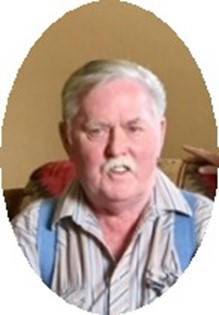 Steven Moran, 72, of Shoshoni passed away at his home on Tuesday, January 11, 2022. The family will hold private services. Cremation has taken place.

When Steven was young the family moved to Riverton. He graduated from Riverton High School with the class of 1967. He then served in the U.S. Army during the Vietnam War. He returned to Riverton where he lived most of his life. He had lived in Shoshoni the last few years.

He married Terri Caines in Riverton and they shared 29 years together before she passed on 02/14/2019.

He worked many years for Star Trucking before retiring.

He enjoyed fishing, camping, looking for arrowheads, watching rodeo, and watching football especially the Kansas City Chiefs. He will be remembered for his wit, sense of humor, and his ability to keep everyone laughing.

In lieu of flowers the family ask that you make a donation to your favorite charity in Steve’s name.

On-line condolences may be made to the family at TheDavisFuneralHome.com.