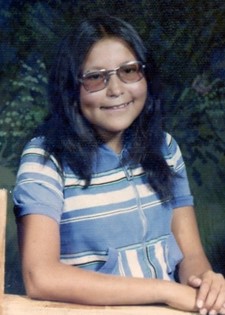 Guestbook 5
Graveside services for lifelong Wind River Indian Reservation resident, Melissa Candace Littlethunder, 57, will be held at 10:00 a.m., Thursday, January 28, 2022 at the Arapaho Catholic Cemetery. A Wake will be held at 5 p.m., Wednesday, January 26, 2022 at 390 Trout Creek Road. She passed away on January 21, 2022 at SageWest Hospital in Riverton, Wyoming.

Melissa was born on December 25, 1964, daughter of Dwight M. and Estelle M. (Duran) SunRhodes in Riverton, Wyoming. She attended the Arapaho School and worked as a CNA. She was active in the Northern Arapaho Sundance.