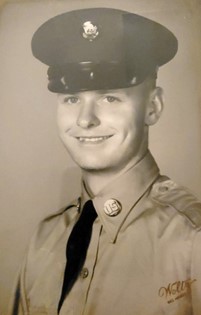 Bill Snyder, 76, of Riverton passed away on Monday, March 7, 2022, at Sage West Hospital – Riverton. At a later date the family will hold a memorial with military honors.

Bill Ora Snyder was born on March 10, 1945 in Riverton, WY to Rex and Thema G. (Baker) Snyder. He grew up in Riverton and graduated before entering the United States Army. Bill served three tours in Vietnam as a helicopter pilot.

Upon returning from the military, he lived in Pavillion and owned a bar, The Roost, later he owned the old Cove in Riverton, years before it became the current Cove. He then became a truck driver retiring with BTI after driving many years.

On December 27, 1999 he married Peggy Lou (Carley) Goodrich of Lander. Together they raised one son and three daughters. They were married for twenty-one years before Peggy passed on October 27, 2021. Peggy would cook Thanksgiving dinner three times a year per Bill’s request

Bill enjoyed the time he got to spend on the mountain camping, snow machining, or riding four-wheelers with his wife, Peggy, and ice fishing with his son-in-law, Mike. He loved to be around his family, friends, and visiting.

He was preceded in death by his parents, Rex and Thelma Snyder; wife, Peggy Snyder on Oct. 27, 2021; daughter, Amanda Goodrich; brothers, Dick Snyder and Gale Snyder; and sister, Burdette Adams.

Online condolences may be made at TheDavisFuneralHome.com.