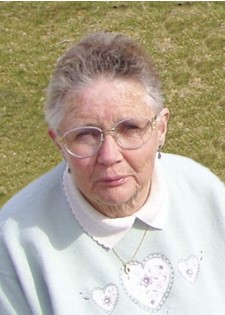 Guestbook 6
Surrounded by family, Barbara (Barb) Stowe left this world on March 14, 2022. She was preceded in death by her husband Ralph after 63 years of marriage.

Barbara is survived by her son Stanley of Riverton; Stan’s daughter Sarah of California; son Steve and his wife Traci of Arizona; Steve’s children Ellen (Caleb) Bentley of Utah and their son Henry, Logan (Selena) Stowe of Cheyenne; her sisters Anne Facinelli of Lander and Marilyn (Ron) Vanoss of Ohio and numerous nieces and nephews.

Barbara Ellen Carpenter was born in Lander, Wyoming June 15,1936 to Albert W. and Iva A. Carpenter. She spent her early years on the Sweetwater outside Atlantic City Wyoming on the family ranch until the early 1950’s. This upbringing no doubt molded Barb’s work ethic and toughness.

Barb graduated high school from FCVHS at the age of 16. She Worked for several law offices in Lander. After a short 6-week courtship, Barbara married Ralph Stowe January 28, 1956. They opened their home to many foster children early on.

The couple bought a dairy farm in Kinnear in 1960. Stanley joined the family in 1959 and Steve in 1965. It’s here on the farm where Barb blossomed. She raised registered quarter horses, beef and dairy cows, Australian Blue Heelers and eventually mini–Australian Shepherds. They had sheep, goats, pigs, llamas, rabbits and fowls. People said that “Barb was the best veterinarian in Fremont County without a license”

She was a 4H leader and could be seen for many years at the Fremont County Fair as the dairy barn superintendent and county fair judge.

The Stowes retired from the dairy business in 1998 but Barb continued to raise animals until her passing. Barbara was an avid reader and a wonderful cook! She loved to exchange recipes and there will never be another who can make her summer salads, sweet potatoes, or stuffed pork chops. “You wanna talk about good!”

She was a very kind soul and will be truly missed by her family and the community. No services are scheduled at this time. A memorial will be held in Barb’s honor this summer for family and friends. Rest easy Mom.