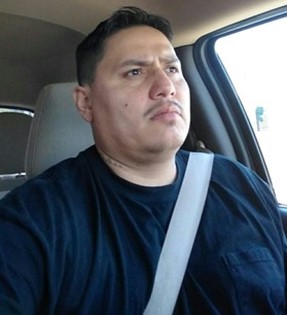 Nicholas ”Nick” Wes Brown was born in Lander, WY to Ovila Joseph Brown and Francene Shakespeare on January 25, 1979. Nick lived in Wyoming until he was 4yr old and moved to the Pacific NorthWest, Seattle WA where he spent most of his young life.

Nick was baptized into the Catholic faith.

When he was young, loved to play jokes and make others laugh. He enjoyed traveling back and forth between Washington and Wyoming to see family and friends. Nick loved the Seattle Seahawks, Mariners, Sounders and the SuperSonics. He enjoyed mixed Marshall Arts and he coached his sister in this sport. He was an artist and loved drawing portraits and landscapes. He also enjoyed cooking but above all he loved being around his nieces and nephews.

He worked for Careful Movers out of highschool, then moved to Denver, CO for a few years where he worked with a sprinkler fitting company. In 2015 He attended the TERO Vocational Training Center and NorthWest Carpenter Pleural Institute of Washington, where he was a carpenter apprentice.

In July of 2018 he had been diagnosed with CML (Chronic Myeloid Leukemia) and had been doing well with the daily chemo pill. In June of 2021 he was informed the CML had entered into a Blast phase and he would need a bone marrow transplant. This past September 2021 he and his older sister Mary were a match and she donated her bone marrow stem cells and went into remission in February 2022. Nick also had been exposed to Covid and with an already compromised immune system he fought hard. He married Sheila Wopsock-Brown on February 14, 2022 who he loved with all his heart. Nick loved doing his carpentry work, sketching and listening to old R&B music, watching movies and teasing all his Nephews and Nieces.

Nick had the biggest heart in the world, he loved all of his friends and relatives.