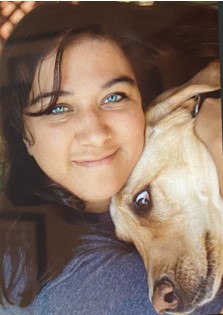 
Roberta Jean Miller, of Riverton, WY, passed away on April 2, 2022, at her home with family and friends.

Services will be Friday April 8, 2022 at 2:00 pm at St. Margaret’s Church in Riverton. A rosary will be recited prior to the service at 1:00 pm. Inurnment will take place in Green River, WY at a later date.

Roberta met her husband, Reggie Miller, in high school and married in 1995. Roberta and Reggie had two children, Kendra and Kellen. Both kids participated in various activities and Roberta made sure she traveled to support both her kids in their activities. Roberta was a consistent supporter of both her kids both athletically and academically.

Roberta was diagnosed with Stage IV cancer in August of 2009. After her diagnosis, Roberta sought treatment at the University of Colorado under Dr. Messersmith. Dr. Messersmith provided Roberta the ability to witness her kids grow up, compete for the Wolverines in golf, basketball, and soccer, graduate high school and attend college. Through her cancer battle, Roberta was active with cancer groups providing information, possible treatments and the effects of the treatments and comfort to people in need of answers to what they were going through.