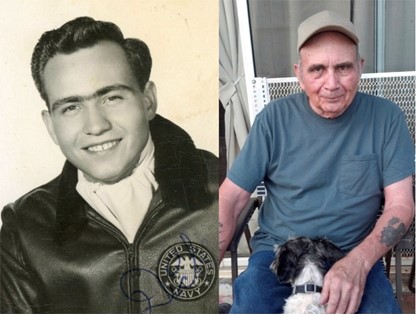 Richard Larry Fabrizius, 79, passed away on Tuesday, April 12, 2022 at the Help for Health Hospice Home in Riverton, Wyoming.

Richard was the second-born son of George J. Fabrizius and Lydia Weaver. He was born on March 6, 1943 in Riverton, Wyoming. After high school, Richard attended barber school and then joined the Navy, going on to serve in Vietnam. He took his discharge in Hawaii then eventually moved to Guam where he met his future wife, Sue.

Richard and Sue moved back to Riverton where they got married on March 24, 1973. He worked for Union Carbide until the mines shut down, forcing them to move for work. Over the years Richard worked construction in WY, NM, AZ, WA, CA, TX, AND NV.

Richard was a member of the VFW and the Fraternal Order of Eagles. He enjoyed hunting, fishing, and working in his yard, no matter where he lived.

Diagnosed with Alzheimer's disease in December 2019, Richard said he wanted to spend his last days back home in Riverton. Richard and Sue moved back in July 2020.

He was preceded in death by his parents, George and Lydia; his brother, Marvin; and several uncles and aunts.

No services per Richard's wishes.

Online condolences may be made at TheDavisFuneralHome.com

Arrangements are under the direction of the Davis Funeral Home and Crematory.