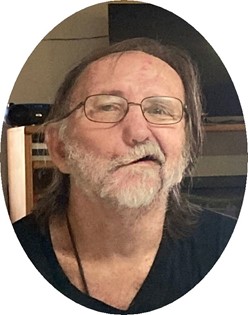 Guestbook 5
A Memorial service for lifelong Fremont County resident, Gerald “Jerry” Lee Bisbee, 71, will be held at 2:00 p.m., Friday, May 6, 2022 at the Hillcrest Baptist Church. Cremation has taken place.

Mr. Bisbee passed away on Thursday, April 28, 2022 at the Wind River Rehabilitation Center in Riverton, Wyoming.

Jerry was born on February 13, 1951, son of Loyal LeeRoy and Delores (Trumpke) Bisbee in Riverton, Wyoming. He attended schools in Morton as well as in Dubois.

Mr. Bisbee was a born-again Christian who enjoyed studying the Bible, was a Prayer Warrior and evangelized everywhere he went. Jerry enjoyed any activity that was spent outdoors including gardening, fishing, hunting, as well as basketball and spending time with his family.

He loved playing the guitar and singing gospel music.

He worked as a Heavy Equipment Operator and served as a cook at his family’s café in Dubois, The Cowboy Café.

Mr. Bisbee was preceded in death by his parents, oldest brother, Ross Bisbee; and his wife, Alice (Sims) Bisbee.

On-line condolences can be made at TheDavisFuneralHome.com.