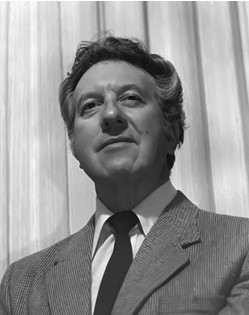 Lyle Vinich passed away on Sunday, May 15, 2022 at his home in Lander after a lengthy illness. His wife Carol and adult kids were by his side. He was 91.

A funeral service will be held at 10:00 am on Saturday, May 21, 2022, at Davis Funeral Home. A viewing will be held prior to the funeral from 9:00 am to !0:00 am.Interment will follow the funeral at Hudson Town Cemetery.

Lyle was born on June 19, 1930 in Gebo, Hot Springs County, Wyoming, a coal mining camp where his father was working just north of Thermopolis at the time. Lyle was the 5th and last-born child of John and Helen Vinich. His father was Serbian and his mother was Croatian. His parents immigrated to Hudson, Wyoming in the early 1900’s after marrying in Doli, Croatia.

Lyle’s parents and his four siblings were survivors of the “Great Depression”. He routinely shared with his kids as youngsters what it was like to go without when they started to feel a little too entitled.

Lyle joined the Navy In 1947 after graduating from Lander High School. He was set to be discharged in 1950. When the Korean war began, his enlistment was extended and served in the war. He was discharged in 1951. After military service, Lyle returned home to Hudson. Lyle worked in the uranium industry, US Steel and as a welder’s helper on the pipelines where he learned the welding trade. He spent the next 45 years as a welder in the oil and gas industry.

In 1961, Lyle met Carol (Morsey) Chopping who was a divorced single mother of two children who lived in Phoenix, AZ. Carol was on vacation with her two children LaDean and Gene visiting her children’s Grandparents, Porter and Virginia Chopping in Riverton.

Being bilingual in the Serbo-Croatian language, Lyle was passionate about his Slavic cultural heritage and traditions. He loved attending Slavic festivals that featured Tamburitza Orchestra music. He even made two trips to Croatia and Serbia to visit relatives.

Lyle was a life time member of the VFW, the American Slavic Association in Phoenix, AZ and numerous other civic organizations.

In lieu of flowers the family ask that memorials be made to Hudson Home Crafters or Paws for Life in care of Davis Funeral Home, 2203 West Main Street, Riverton, WY 82501.