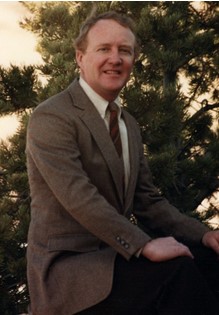 Fred attended elementary and high school in Rawlins, lettering in several sports, including football. He played trumpet in band and was an Eagle Scout. He graduated from the University of Wyoming with a PhD in Economics.

Fred managed NAPA Motor Parts stores in Lander and Powell. He served as Director of The Community College Association of Wyoming. He was a licensed building contractor and built commercial properties in Carbon County.

He was an avid big game hunter and fisherman. Fred’s favorite fishing spot was at his cabin on The Encampment River.

Private burial service will be in Rawlins, Wyoming.

On-line condolences may be made to the family at www.thedavisfuneralhome.com. Services under the direction of Davis Funeral Home.