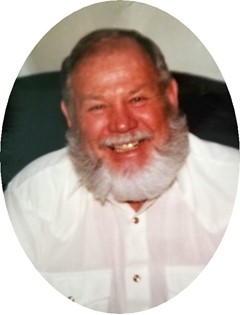 William Arthur Lacey was born on March 9, 1932, in Riverton. He grew up in Riverton with his parents Howard and Alice (Weisflog) Lacey. He graduated from Riverton High School in 1951 where he served as Football Captain and Student Body President. While in High school, he met the love of his life, Maxine Mae David and they were married on August 12, 1951, in Riverton. Together they raised four children in Riverton and Glenrock. They celebrated their 70th Anniversary last August.

William was very active in the communities in which he lived. He was a member of Hillcrest Baptist Church in Riverton and First Southern Baptist Church in Casper. He spent many years volunteering as a Little League Baseball Coach and many former players still call him “Coach.” He also was a Firefighter with the Riverton Volunteer Fire Department. He was the President of the Wyoming State Fire Association and received many commendations including a citation for Courage and Valor for saving a fellow firefighter. He also was an avid hunter and fisherman and spent countless hours on the banks of a lake or river in the Wind River Mountains teaching his grandchildren to fish. He also loved hunting and enjoyed taking his family and construction crew on many hunting trips.

After a stint in the oilfields of Montana and North Dakota, William and Maxine returned to Riverton and he started working in construction. He owned his own company, Lacey Construction Company from 1971 - 2006 when he closed it to retire. The company built structures all over the state while based in Glenrock and Jackson. He worked in construction for over 50 years.

Online condolences may be made at TheDavisFuneralHome.com