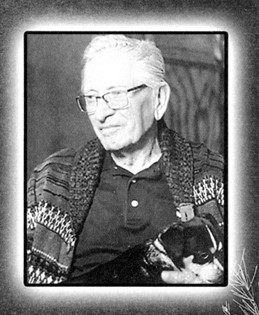 Guestbook 3
Dennis Kay Kintzler, 81, a resident of Rio Communities, passed away in his home on March 13, 2022. He was born on March 21, 1940 to Clarence Harold “Bud” and DeEtta Kintzler in Riverton, Wyoming. He graduated from Riverton High School in 1958 and he was class president. He was the Electrical Director for Western Nuclear Mine in Jeffrey City, Wyoming for six years. He was also on the volunteer fire department and drove the ambulance. After moving to Socorro, New Mexico, he worked at Good Samaritan Village as Director of Envi-ronmental Services for fourteen years. He worked at the Wal-Mart Distribution Center in Los Lunas, New Mexico for five years. After he retired Dennis worked for Renzenberger in Belen as a driver transporting railroaders to their destinations. He enjoyed motorcycling with his wife and friends and he earned his pilot’s license and bought his own plane, a Cessna 182. He enjoyed fishing and camping and spending time with his pets.

He also served on the Planning and Zoning committee of Rio Communities until he was unable due to his illness. One of the many things we will remember about Kay is his great sense of humor. He was preceded in death by his parents, a brother, Burdette “Bud” Kintzler, sister, Delene Goodman, and two sons, Timothy Kintzler and Jeffrey Kintzler. He is survived by his wife, Alice Kintzler, of Rio Communities, his son, Daniel Kintzler and wife Martha, of Woodland Park, Colorado, his daughter, Lisa Powell and husband Steve, of Puyallup, Washington, daughter, Pamela Graham and husband Troy, of Puyallup, Washington, and son, Mark, of West Orange, New Jersey. Dennis is also survived by his brother, Jerry Kintzler and wife Lori, of Riverton, Wyoming and their children, Kari and Kurt Bond and family of Longmont, Colorado; Kurt and Kenzie Kintzler and family of Cheyenne, Wyoming; and three step-children, Shirley Wood and husband Stan, of Los Lunas, NM„ Sidney Green and husband Jimmy, of Socorro NM and Michael Gaines and wife Melody, of Carrizozo New Mexico. In addition, He is survived by many nieces, nephews, grandchildren and great grandchildren. Private cremation has taken place and aCelebration of Life will be held at the Elks Lodge in Riverton, Wyoming on Saturday July 30th, at 2:00 p.m.