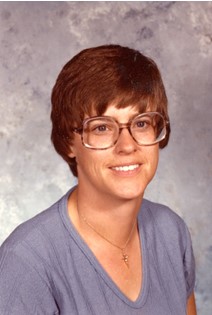 Guestbook 17
Julie McCray, 74, of Riverton passed away Tuesday, July 26, 2022, at the Wind River Healthcare and Rehabilitation Center. A memorial service will be held at 10:00am on Monday, August 1, 2022, at St. Margaret’s Catholic Church. Inurnment will follow at Mountain View Cemetery.

Julie Anne Tobin was born on April 21, 1948 in Denver, Colorado adopted by Joe and Catherine (Hyde) Tobin. She graduated high school from Assumption Academy in Chadron, Nebraska with the class of 1966. She also earned her Associates Degree from Central Wyoming College where she was the valedictorian of her class.

Julie was baptized into the Catholic faith and was very active at St. Margaret’s Catholic Church. She helped with funeral dinners and communion among other volunteer activities.

On July 15, 1967 in Chadron, Nebraska, she married James McCray, they just celebrated their 55th wedding anniversary. Together they had two children and raised them in Jeffrey City, Wyoming.

Her work career took her from starting as a secretary for Jeffrey City School Board and for the Superintendent of Schools in 1980 to 1988. Late they moved to Riverton where she was the secretary for the Superintendent of Schools District 25 in Riverton until she retired in 2015. She also owned Sweetwater Select, Inc. which was a sewing shop from 1985 to 1990. In 1990 she and Jim started McCray Sports until 1992.

Julie loved to sew and would just look at something and go home and sew it from memory no pattern needed and she could sew anything. She also loved to cook, travel especially cruises, and spend time with family.

She was preceded in death by her parents, Joe and Catherine Tobin. On-line condolences may be made at TheDavisFuneralHome.com Services under the direction of Davis Funeral Home, Crematory, and Monuments.