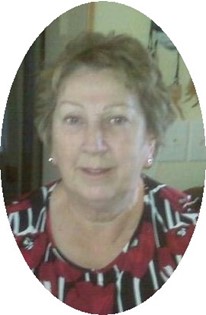 Guestbook 0
Gloria “Jeanie” Eslick, 78, passed away on Friday, July 22, 2022, at Sage West Hospital – Riverton. No services have been scheduled.

Gloria Jean Young was born on March 26, 1944 in Elkhorn, Wisconsin to Charles Curtis and Alberta Louise (Allison) Young. Gloria was a first generation American on her father’s side. She was named after actress “Gloria Jean” and her friends and family called her “Jeanie”. Much of her childhood was spent living on Wisconsin farms.

Gloria grew up in the Elkhorn, Delevan and Genesee Wisconsin areas and spent her early adult life in Wisconsin, raising her daughters in Beaver Dam until 1979. She moved to Wyoming with her mother and sister in 1980 and lived most of her remaining years there.

Gloria was of the Jehovah’s Witness faith.

Gloria was employed in a variety of fields, including manufacturing, hospitality, and apartment management. She was retired the last several years.

Gloria enjoyed pets, including dogs Mitzie and Red as well as her sister’s dogs. She loved nature, especially the mountain views in Wyoming. She was generous of heart, kind, and devoted to her faith. She graciously accepted the many twists, turns, and challenges of life.

She shared her political views with her daughters about the dangers of following those like Donald Trump and was happy when he finally left office. She was alarmed that so many bought into Trump’s deceptions and was concerned about the growing inhumanity in our country

Gloria enjoyed cooking for her family when her children were young, and they fondly remember her midwestern Hungarian Goulash and pies.

She was preceded in death by her parents, Charles Young and Louise Daniels; and brother Robert Neubert.