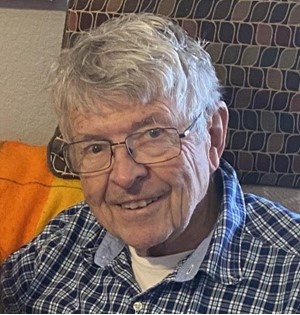 Guestbook 5
Roland Ahlbrandt, a resident of Silver City, NM passed away peacefully in his sleep on August 6, 2022.

He was born to Herman and Catherine (Ehrlich) Ahlbrandt in Torrington, Wyoming on July 29, 1936. The son of a German-Russian Immigrant family, he excelled in both athletics and academics. He attended the University of Wyoming earned a Bachelor of Science degree in Pharmacy, the first of his family to receive a college degree.

He married his first wife, Marjorie, in 1957. They moved to Riverton, Wyoming and Roland became a partner in the A&A Temple Drug store. Later he purchased the entire business and operated A&A Temple Drugs where he worked until he retired in the early 2000s. He and Marjorie divorced after raising seven children.

After leaving Riverton, Roland and Connie lived in Ft. Mohave, Arizona before Connie passed away. While in Arizona, Roland greatly enjoyed golfing and spending time with a group of very dear friends. After Connie passed, he moved to Silver City, NM and enjoyed the company of his family.

He is survived by his seven children and their spouses, seven grandchildren, two great grandchildren, three sisters-in-law, and numerous nephews and nieces. It was the greatest treasure in his life to spend time and build memories with family. He was the last member of his family to pass. He was preceded in death by his parents, Herman and Catherine, his brothers - Art, Woody and Calvin and his sister, Helen and his wife, Connie. In accordance with his wishes, cremation has taken place and a private celebration of his life will be held at a later date. The Davis Funeral home is coordinating arrangements.