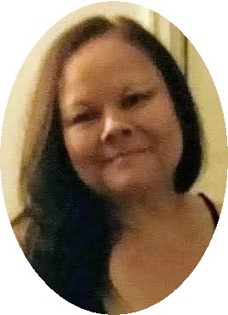 Guestbook 2
Sharon Mary Lujan, 62 years young, passed away on August 5, 2022 after a life long battle with her health. A wake will be held at The Chandelle Center on Thursday, August 11, 2022, starting at 7:00 pm. The funeral service will be 10:00 am on Friday, August 12, 2022, at The Chandelle Center. Cremation will take place after the funeral service and the ashes will be buried at St. Stephen’s Catholic Cemetery.

Anyone who knew her knew she preferred to be called “Sherry”. Sharon Mary Lujan was born on December 5, 1960 in Cheyenne, WY to Antonio “Tony” Eloy and Philomena Mae (Blackburn) Lujan. Sherry considered Casper, WY her home having spent most of her life there but always felt strongly connected to her roots in Riverton and Arapahoe WY.

The last and most memorable school Sherry attended was a boarding school called Fort Sill in Lawton, OK. She was a free spirit and she enjoyed taking care of people especially children. She often enjoyed discussing current events, watching murder mysteries, and spending all the time she could with her family. When Sherry was younger, she loved beading and going on walks, also had a special flair for the way she liked to cook.

Her kindness and caring heart made her a special angel for anyone fortunate to be a part of her life. Sherry immediately lit up any room she entered and made an impact on so many people.

She was a joyful presence always had a smile on her face even when she was in pain. Her hair always beautiful, beautiful dresses, and bubbly personality. Sherry took her cousins on both Blackburn and Lujan side of the families like her brothers and sisters.

Her faith in God was strong and unshakable throughout her life as it was tested over and over. Her religious beliefs combined her Christian up bringing and Native American culture. Sherry will be overwhelmingly missed by all especially everyone she raised that will always have a special part of their heart just for her. She only had two children, daughter, Bethany and son, Jordan. Her son-in-law, Indiana Shamblen Ellis who she loved just as much as Jordan and always wanted the best for them both. She helped raise her nieces that were also daughters in her heart, Deanna Lujan, Elicia and Yolanda Antelope, Christina Trujillo, Sarah Lujan, and last but not least Cherise Farris who will always be her baby girl. Family friends that were also her sons, Trent Bolte and Joel Andersen. Her grandchildren were also special to her, especially Sincere, Gabriel, and Legend baby girl Zhane.

She is survived by her brothers, Gregory Sanchez and Paul Lujan; sisters, Freda Blackburn, Brenda Farris-Lujan, Antonia Antelope, Paula Hernandez, and Beckie Bishop; and several more brothers and sisters on the Blackburn and Lujan side of the family.

She was preceded in death by her parents, Antonio Lujan and Philomena Blackburn Lujan.

On-line condolence may be made at TheDavisFuneralHome.com.