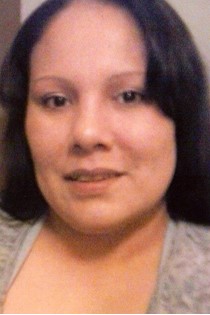 Guestbook 0
Diane Behan, 41, of Riverton passed away on Monday, August 8, 2022, at the University Hospital in Denver, CO. A rosary will be recited at 8:00 pm on Friday, August 19, 2022. At Alice Headley’s residence, 50 Left Hand Ditch Road followed by a wake. The funeral service will be 10:00 am Saturday, August 20, 2022, at St. Stephen’s Catholic Church with burial to follow at the Arapaho Catholic Cemetery.

Diane Marie Behan was born on June 30, 1981 in Denver, CO to Gerald “Jerry” Moussoeau and Marcella Behan. She attended and graduated from both, Clearfield Job Corps in Salt Lake City, UT and ITT Tech in Denver, CO.

Diane was baptized into the Catholic Faith and also practiced her Native American Ways.

In her early years she was the Little Princess for the Arapaho Pow-Wow, danced and traveled all over the country to many Pow-Wows with her grandparents, Marie Behan and Tommy Oldman. She was also part of the River Bottom Junior Drum Group. She enjoyed beading, terrorizing family and friends, laughing, and watching movies.

She was preceded in death by her mother Marcella Behan; grandparents, Marie Behan and Tommy Oldman, Sr., and numerous other relatives.