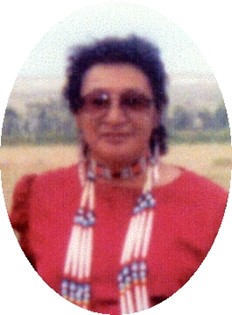 Guestbook 2
A Funeral Mass for Catherine T. (Addison) Duffield, 81, will be held at 10:00 a.m., Thursday, August 18, 2022 at St. Stephen’s Catholic Church with burial to follow at the Arapaho Catholic Cemetery. A Rosary will be recited at 7:00 p.m., Wednesday, August 17, 2022 at Davis Funeral Home with a Wake to follow at Wayne Addison’s residence, 25 Great Plains Road in Arapahoe, Wyoming. She passed away on Friday, August 12, 2022.

Catherine was born on July 15, 1941, daughter of Bert M. Addison, Sr. and Martha Delores (Washington) Addison in Fort Washakie, Wyoming. She attended St. Stephens Indian Mission but grew up in Shoshoni while her father worked on the railroad. When she became an adult, Catherine did spend time living in South Dakota and traveled around a bit and one time attended Mardi Gras.

She enjoyed spending her time participating in Indian dancing, beading and sewing, music and cooking.

Catherine was baptized into the Catholic Church and participated in the Native American Church and Peyote Meetings as well as Sundance.