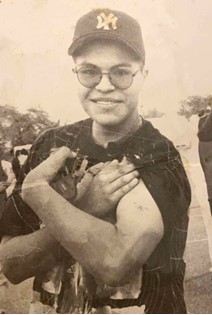 William was born on September 27, 1977, son of Alfred Lee Topaum, Sr. and Catherine (O’Neal) Topaum in Lander, WY. He was raised in Ethete and attended Wyoming Indian Schools and later Flandreu Indian School in South Dakota.

Billy worked in the oil field industry and some construction throughout his life.

He enjoyed the outdoors, watching his favorite football teams the Dallas Cowboys and Oklahoma University. He also enjoyed living a healthy lifestyle and spending time with his daughter Kimberly, his family and friends.