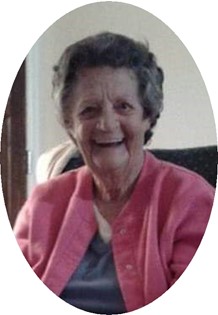 Guestbook 10
Helen Mattox, 90, of Riverton passed away at Sage West Hospital – Riverton on Sunday, August 21, 2022. According to her wishes cremation has taken place and her ashes will be spread in the Black Hills of South Dakota. A service will be held October 1, 2022, at Neighborhood Alliance Church at 11:00 a.m.

Helen Otilia Carlson was born on December 24, 1931, in Newell, South Dakota, to Enoch Eugene and Sarah Alice (Barrett) Carlson. During her early years she lived in Illinois and South Dakota before settling in Igloo, South Dakota where she graduated from high school in 1950.

She married Harold LeRoy Mattox, Sr. in Igloo, South Dakota on September 3, 1950. Five children were born to this union. They were married for 71 years before Harold passed on November 27, 2021.

In August of 1959 the couple moved to Riverton where they raised their family and Riverton became their forever home. Along with Helen being busy with the children and their activities and supporting Harold in his endeavors, she was a Housekeeper for the Jackpine Motel and the Thunderbird Motel. After retiring from housekeeping, she was a custodian at the Presbyterian Church for several years. When her and Harold attended Way of the Cross, she and Harold became the custodians for that church. Later her and Harold became custodians of the Methodist Church.

She enjoyed camping in the Black Hills while growing up and later she enjoyed the Wind River mountains. While Harold traveling to play for dances, Helen would travel with him to listen to him play his trumpet. Helen enjoyed making home cooked meals every night until she could no longer accomplish this task. Her recipes always included a little of this, 2 bubbles of that, small hand of that. She had way of making the most of the little they had for the family.

Helen loved to read and was a speed reader and could read a book in a day. She also loved crossword puzzles, sudoku, word puzzles, and watching rodeos on TV.

She loved her family and friends and enjoyed visiting with them.