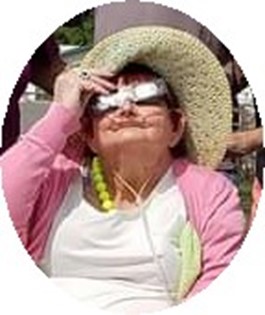 Ms. Kelsay passed away on Wednesday, August 24, 2022 at Help for Health Hospice Home in Riverton, Wyoming.

Karen was born on October 1, 1951, daughter of Kenneth and Marguerite (Snyder) Phillips in Huron, South Dakota. She lived with her family in Deadwood, SD and made many fond memories at their cabin in Lead, SD. The family moved to Longmont, CO when Karen was 15 years old. During this time, Karen excelled in cheerleading, dance and enjoyed skiing, earning numerous medals. In 1968, Karen was injured in a motor vehicle accident that caused her to endure a coma for three months, leaving her with a traumatic brain injury. At the age of 20, Karen graduated from Longmont High School. In the early 1990’s, Karen, along with her mother, moved to Riverton, WY, where Karen was involved with the CES Program. She received amazing care and cherished her many relationships with staff and friends over the years. She loved crafts and attending art shows through the college. Playing games such as Yahtzee and Solitaire and going to the casino were also highlights in Karen’s life. She was known for her quick wit and great sense of humor.

She was preceded in death by her parents; brother, Steven Kelsay; grandparents, Laura and Lloyd Phillips and Ross and Hilda Synder.