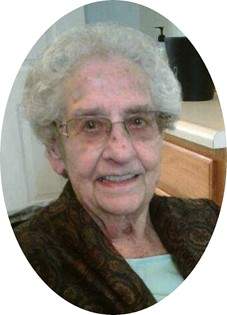 Guestbook 8
Mary Obscherning Vircks passed in the Lord’s care on Saturday, September 3, 2022 at the Help for Health Hospice Home. She was 89 years old. According to her wishes cremation has taken place and a service will be held Saturday, September 17, 2022, 2:00 p.m. at the Bethel Lutheran Church in Lander, Wyoming. Private Inurnment will take place a Mount Hope Cemetery.

Mary was born a middle child on April 14, 1933 in Deer Creek, Wisconsin on a dairy farm. She graduated from Medford High School in 1951. She worked as a bookkeeper all her working life starting with Stetsonville Bank.

She married Donald Vircks in 1954 in Wisconsin and was blessed with two children, Kurt and Gwen. They moved to Wyoming in 1964 and co-owned Lander Airways. They later divorced in 1970. Mary retired from the Wyoming State Training School after 28 years as accounts payable. Mary moved to Riverton in 2014 and spent her last four years at the Homestead Assisted Living solving Sudoku Puzzles!!

She is survived by her daughter, Gwen of Riverton; son, Kurt and wife Christine; grandchildren, Amy, Greg and his wife Shelby with their daughter Laykin all of Casper; several nieces, nephews and cousins; friends, and caretakers.

She was preceded in death by her parents, Fritz and Ida (Rauschning) Obscherning; brother, Alfred and wife, Helen; sister, Ursula and husband, Will Petrell; brother-in-law, George Gallup.

She was a long-time member of Bethel Lutheran Church with a very strong faith in God. Our “ever-loving mama” was an independent, fun, practical woman who will forever be missed.

On-line condolences may be made at TheDavisFuneralHome.com Arrangements are under the direction of the Davis Funeral Home and Crematory.