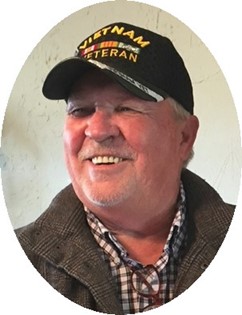 Guestbook 2
Mike Averill, 71, of Riverton, Wyoming died Saturday, September 3, 2022 at his home in Riverton with family by his side. A memorial service will be 2:00 p.m., Saturday, September 17, 2022 at the Davis Funeral Home. Military Honors will follow at Mountain View Cemetery.

Mike moved to Riverton where he enjoyed his career as a contractor installing siding and windows. After his retirement he went to work for Linton’s Big R Store for five more years.

Mike loved to goose and duck hunt as well as fly fishing. He also enjoyed socializing with family and friends. He was a member of the Ducks Unlimited.

He was preceded in death by his father, Ronald Duane Averill; parents-in-law, Bill and Peggy Snyder; and sister-in-law, Amanda Goodrich.

Memorials may be made to the Tough Enough Cancer Fund in care of the Davis Funeral Home, 2203 W. main Street, Riverton, WY 82501.