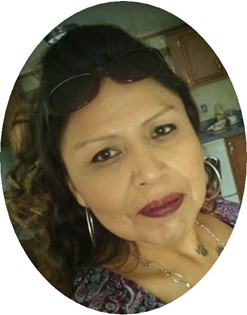 Angelica “Angel” Yellowbear, 49, of Riverton passed away at the Help for Health Hospice Home on Monday, September 19, 2022.  A rosary will be recited at 7:00 pm on Thursday, September 22. 2022, at Beaver Creek 1538 Elmwood Drive, followed by the wake.  The funeral service will be at 10:00 am on Friday, September 23, 2022, at St. Stephen’s Catholic Church with burial to follow at Arapaho Catholic Cemetery.

Angelica Renea Yellowbear was born on December 20, 1972 in Riverton, Wyoming to Andrew John Yellowbear, Sr. and Emily Rose (Blackburn) Yellowbear. Angel was also raised by her grandmother, the late Mary E. Bear.  Her Indian name is "Early Bird Singing Women"  co'oo niieihii niibeihii hisei.  She considered the Wind River her home although she had lived in Montana and Casper.  She earned her CNA (Certified Nurse Assistant) certificate after graduating high school. While in Junior High and High School she excelled in both academics, a straight “A” student, and sports, she was very athletic.

Angelica was baptized into the Catholic faith and also participated in the Native American Church.

She worked in housekeeping and with a camp crew.

She was preceded in death by her parents, Andrew Yellowbear, Sr. and Emily Rose (Blackburn) Yellowbear.